Three20south will host the Dew Tour after-party, featuring Astronomar, Wuki and Self Help, on Saturday, Dec. 14.

Astronomar has been stirring up and building alliances in the dance music community since he arrived in Seattle by way of Alaska in 2008. Newly relocated to Los Angeles in 2013, he’s seen by far his busiest year on the road, and in the studio, infiltrating the playlists of most every A-List DJ with ears.

Danny Johnson, aka DJ Self Help, is a musician, DJ and producer from Cleveland. The music that comes out of this young man’s mind is highly eclectic and difficult to classify. A mad scientist in the studio, Johnson’s seemingly limitless range of musical influence is injected into his energetic dance productions: leftfield disco-house, latin jazz-infused moombahton, lo-fi dubstep, druggy electro-rap, and the list goes on.

Brunch with Santa in Keystone

The Keystone Neighbourhood Co. will host Brunch with Santa at Warren Station at Keystone in Keystone’s River Run Village on Sunday, Dec. 15, from 11 a.m. to 1 p.m.

Bring the kids for pancakes with Santa, where they can let him know all of their last-minute requests. The cost of entry is a donation to the Snake River Community Association, and Black Diamond Gourmet Catering will provide food. Free parking will be available at the River Run Lots, located just off Gondola Road.

The Dillon Dam Brewery will host a live trivia night on Wednesday, Dec. 18, at 9 p.m, with fun brewery prizes for winners. There’s no cover, and there will be $5 drinks from sponsor Crown Royal.

Desert Noises will open for the Mike Dillon Band on Wednesday, Dec. 18, at three20south in Breckenridge. Known as the first vibraphonist and vocalist to lead a rock-funk band, Dillon has worked with artists such as Les Claypool, Bob Schneider, Galactic and many more. Hailing from Utah, Desert Noises brings its jangle-rich blues and rock ’n’ roll to every show, thanks to the energy and musicianship of Kyle Henderson (vocals), Tyler Osmond (bass), Patrick Boyer (drums) and Brennan Allen (guitar).

Doors open at 9 p.m., and tickets are $6. Visit http://www.three20south.com for more information.

Hollywood Farmers will play a free show at The Barkley Ballroom on Wednesday, Dec. 18. Since 2006, the Hollywood Farmers have featured a revolving door of some of the most talented new artists in organic music today and an eclectic discography, guaranteed to have something to offer every listener. A rowdy Steve Inferno, whose vision recently brought the project to Breckenridge, fronts the band. With liberal application of unique elements such as Oriole’s slap-bass and other acoustic instrumentation, Inferno has cultivated a vigorous and refreshing anti-folk sound.

Three20south in Breckenridge will host 40 oz to Freedom on Thursday, Dec. 19. Staying true to the So-Cal vibe of their predecessors, Sublime, 40 oz to Freedom has spent the past six years gaining one of the largest tribute band followings in the world. Consisting of professional musicians Dane Scott, Terry David and Mark Leblanc, 40 oz has gained international recognition for its remarkable live shows and interpretations of classic hits from one of the most influential ska, reggae and rock bands of all time. 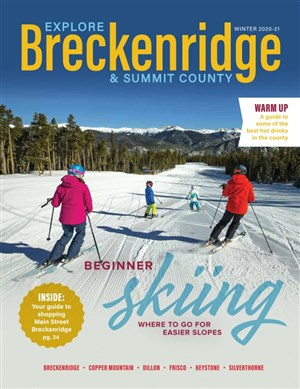